"My Chromecast Audio supports to stream from many apps like Spotify, Pandora, Google Play Music, Rhapsody, but it doesn't support Apple Music which I listen to regularly on my phone. Is there an alternative way to cast Apple Music to my Hifi speakers with the Chromecast Audio? I am really tired with the poor audio quality of my phone."


Developed by Google, Chromecast Audio is a small "receiver" device that plugs into a speaker and transmits music over WiFi. Once set up, simply stream your favorite music to the best speakers in your home with your iPhone, Android phone and tablet, Mac and Windows laptop or Chromebook. It allows you to cast your favorite music from speakers such as Spotify, Google Play Music and Pandora to your speakers. Unfortunately, Apple Music cannot be streamed through Chromecast devices.

Chromecast Audio is a super exquisite gadget which can stream digital contents quickly to your smart speakers or compatible audio devices from a large list of Apps. You can control it via the Google Home app from your Android or iOS devices easily. If your app is not on the list, it doesn't mean you are totally out of luck. Here are the best workaround to play Apple Music on Chromecast Audio.

Tutorial: How to Cast Apple Music to Chromecast Audio

Launch Sidify Apple Music Converter. What you need is to click "+" button to add Apple Music tracks downloaded from your iTunes to your local computer. Clicking the setting button or the tiny gear icon on the top right of Sidify interface, a window would pop up. Here you can choose output format as MP3, AAC, WAV, FLAC and adjust the output quality up to 320 Kbps. Besides, the output path is also changeable if required. 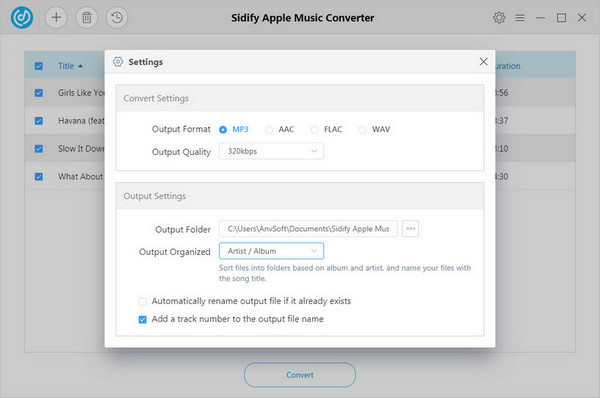 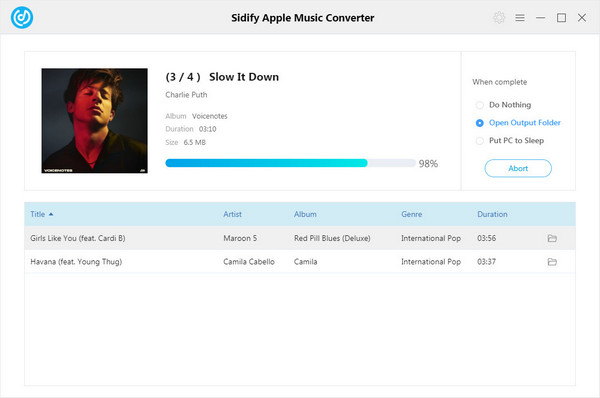 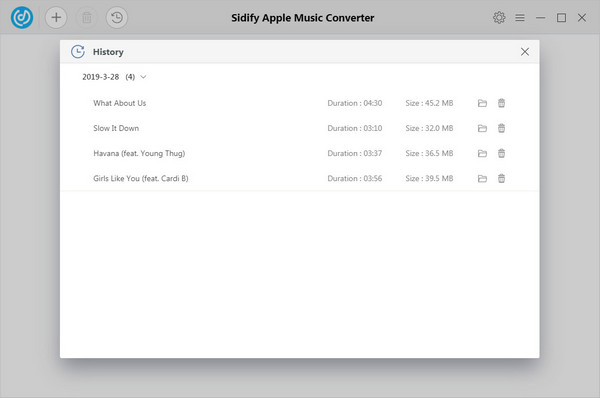 Now you are almost done. Please copy the converted Apple Music to your computer or sync them to iPhone, iPad or iPod Touch via iTunes. And then launch the chrome browser to play the converted files. From the side-bar of Chrome, please click the "Cast to" icon and select the destination speakers. That is it.

Note: The trial version of Sidify Apple Music converter has 3-minute conversion limit. If you want to unlock the time restriction, you'll need to spend just $39.95.