How to Set Amazon Music as Mobile Alarm


Are you tired of the default ringing from your cell phone to wake you up every morning? It is very easy to turn any song or music track from your mobile device into an alarm, but it must be saved as the mp3 or m4a file in your phone before doing so. Here is a question, we know the top music streaming service providers are Spotify and Apple Music, perhaps Amazon Music as well, have you ever considered using one of the tracks from their library and set it as the alarm for your phone?


It’s not something hard to most people on how to set the local track as an alarm, but you will need more help if you want to set an alarm using a track from Spotify, set an alarm from Apple Music, or Amazon Music. This article will show you how to set Amazon Music as a cell phone alarm for both Android and iOS devices.

Sidify Amazon Music Converter is a program that can convert songs from Amazon Music to MP3/AAC/WAV/FLAC/AIFF/ALAC files with fast speed. Original quality and ID3 tags are preserved for all converted songs. This tool is available for both Mac & Windows systems. We are going to use the Mac version for the following tutorial. Step 3Click the "Setting" in the upper right corner, then you can customize the output setting based on your preferences. Here you can select the output format as MP3, AAC, WAV, FLAC, AIFF or ALAC, set the audio quality range from 128kbps to 320kbps, and change the output path folder to wherever you would like them to be saved in. 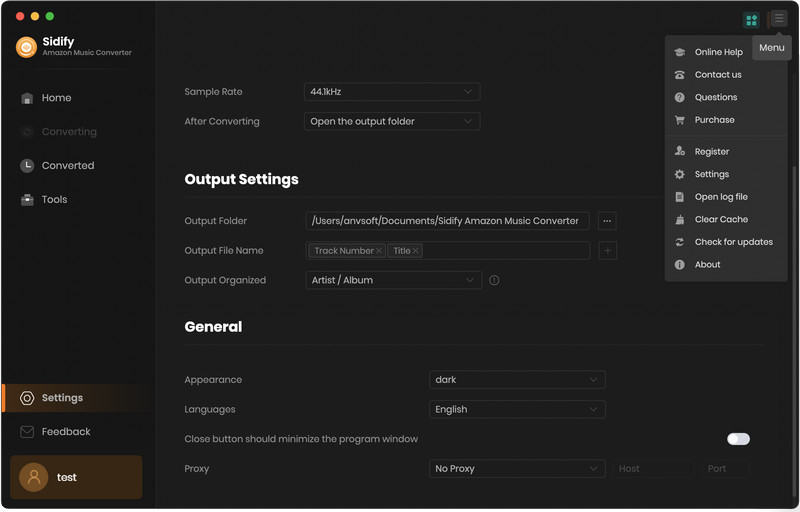 Step 5Now, click "Convert" to start downloading Amazon Music to plain audio format. Please be advised that the conversion time will be depending on the number of files, your network condition, and your PC condition. Once the conversion finishes, you can find the converted files in the "Converted" section. 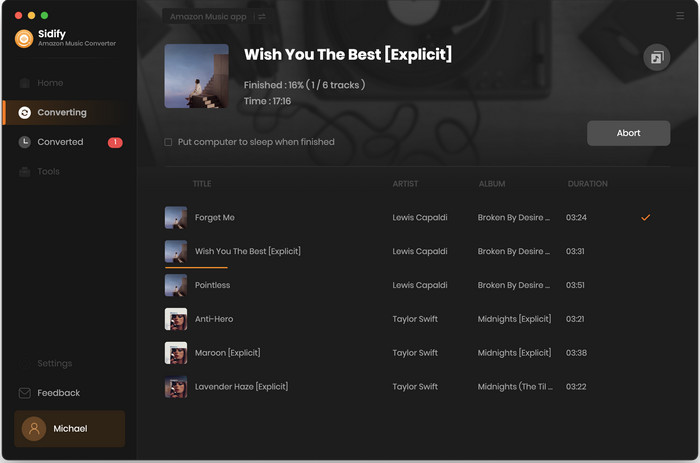 Now, you have successfully downloaded your favorite songs from Amazon Music.

For the next step, all you need to do is transfer the converted song to your cell phone and set it as alarm manually.

Step 1Transfer the converted song from Amazon Music to iPhone.

Refer to the article How to Import Music to iPhone for the detailed method of transferring music to your iOS device.

Step 2Tap on Clock app on your iPhone, then tap on Edit or + to add a new alarm sound. After setting the duration for your alarm, tap on Sound. 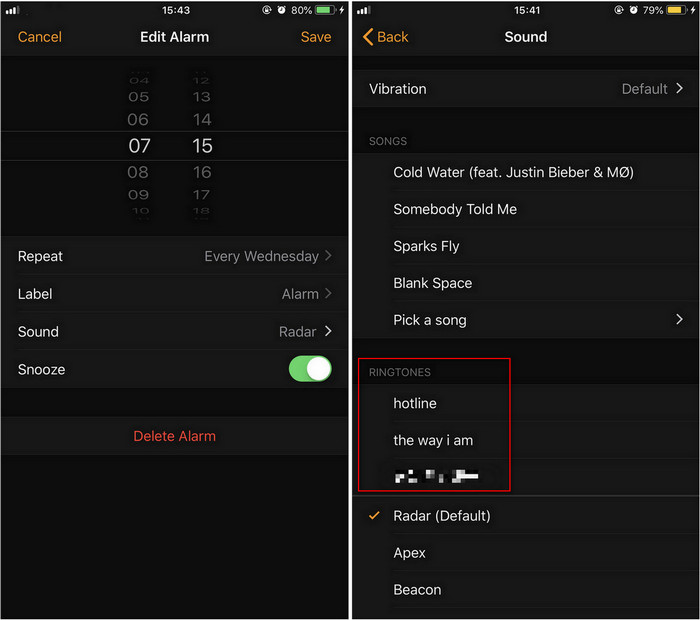 Step 3You will see 3 sections on this page: Store, Songs, and Ringtone. Tap on Pick a song and go to Songs to select the one you want to use (imported from Amazon Music). 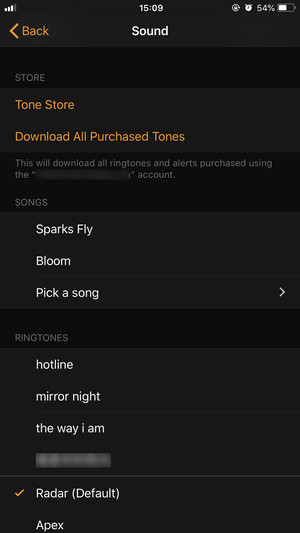 Step 1Transfer the converted song to your Samsung phone (the screenshots below are from Samsung Galaxy S20 interface) via USB cable or bluetooth.

Step 2Find Clock app, select the alarm you already set, go to "Ringtone" and click on the "+" icon on the upper right and you will be directed to the music files to select the one you just converted and imported. 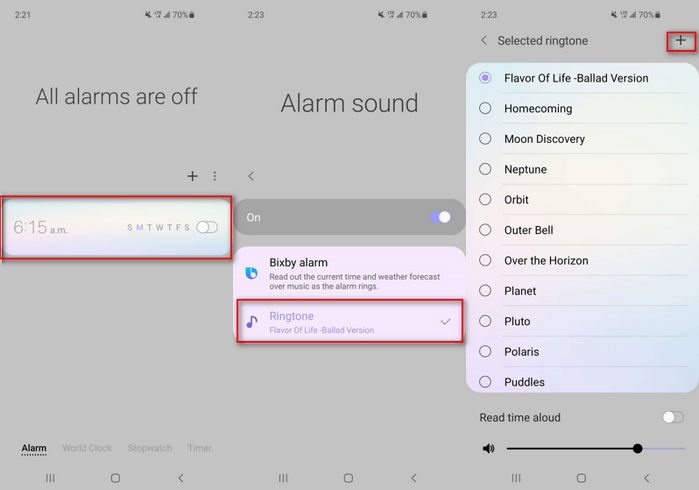 Note: The free trial version of Sidify Amazon Music Converter enables you to convert the first three minutes of each song for sample testing. You need to purchase a license to unlock the time limits.

How to Listen to Amazon Music for Free