Home >Guide > What Is So Great about Apple Music

What Is So Great about Apple Music and Why You Choose it?


After it launched in 2015, Apple Music has been improved a lot, although there is a long way to go to catch up with Spotify in some aspects, you still love it! Indeed, Apple did so much effort to gain more paid subscriptions in the market, and it did it. 
Apple offers the better free trial of Apple Music: three-month trial is the longest trial period compared to its rivals including Spotify, Pandora, Amazon Music, Deezer, Tidal and etc. So if you are new to iPhone, iPod or Apple ecosystem, or you want to try something other than Spotify, or whatever other services you normally use, Apple Music is worth checking out. You have three months to figure out if Apple Music is your taste. If you think it is not for you, you can unsubscribe it before the trial ends.


In Library tab of iTunes or Music app, you can find all of the music that you've added to your library, including songs from Apple Music, content matched from your other devices with iCloud Music Library, M4P music that you bought from the iTunes Store, or songs that you ripped from CD or downloaded from other music services. With the integration with your existing song music library, you do not have to go to another music app.

Once you are familiar with how Apple Music app works, you can customize the options by yourself to enhance your enjoyment of the streaming service. On the top of "Library" view, it displays the default headings Playlists, Artists, Albums, Genres, and Downloaded Music, and you can customize the headings and use additional headings. By tapping "Edit" in the upper right corner of the screen, you'll see the list of headings expand to include Songs, Music Videos, Compilations and Composers. The "Albums and Songs" views include several sorting options, and you can simply tap "Sort" in the upper right corner of the Album or Songs screen and select Artist, Title, or Recently Added from the pop-up menu to make browsing your music library more convenient.

When you select an artist in Apple Music, you will see a list of all their songs, separated by album, instead of presented as a big list of tracks, probably because Apple Music is the most album centric out there, on the contrary, Spotify places emphasis on playlists. 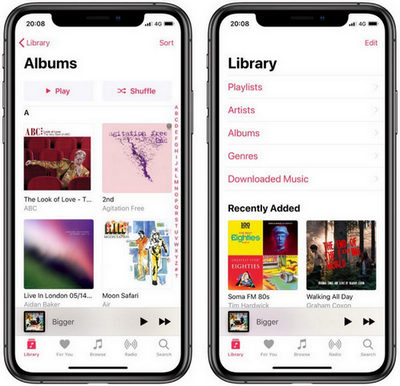 3. Integration with the Apple Ecosystem


Apple Music excels if you are firmly in the Apple hardware ecosystem, that is to say, if you have iPhone, iPad, iPod touch, Apple TV, HomePod, and Apple Watch, Apple Music has a definite leg and it works on all your Apple products without needing much effort on your part.


If you're an Apple Music subscriber, you can seamlessly use it with Siri. You are sticking with Apple Music because of Siri, as you are on the road a lot and CarPlay/Siri integration is important. There are some basic commands to use when getting started with using Siri to control Apple Music, including "Play some music", "Next song", "Pause this song", "Skip" and etc. Or you can use Siri to ask for a particular song, album or artist, as well as edit playlists and make more general requests, like years and moods.

But with this latest news, iOS 13 opens the SiriKit framework to third-party music, podcast, audiobook, and radio applications. It is extremely likely that Spotify will add this support to allow users to control playback via Siri.


Lyrics browsing feature is an essential part for each music streaming service, but there is a lack of lyrics browsing on Apple Music for some time. Now, luckily with Apple Music, you finally have this particular feature. As long as the artist has provided the lyrics, you can actually call up the words to any song while its playing. All you need to do is tap the three dots in the now playing window, then tap Lyrics. If the particular song doesn’t have lyrics available the option won’t be there. 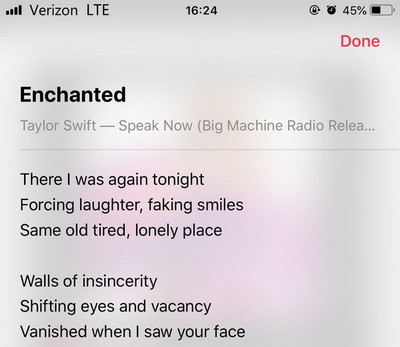 
Songs usually have the essential ID3 tags or metadata information including title, album, artist, artwork, genre, year, track number and more to let you know more details about songs, but in some cases, this information may be missing or could be wrong, especially the songs you ripped from a CD, in this circumstance, you are able to change the song's metadata with iTunes. Maybe you do not need this feature, but it is essential for someone else.

On iTunes, you can click on a song and select "Song Info", then a small dialogue pops up. Here you can edit song name, artist, album, year, genre, star rating, and more, add Artwork, custom lyrics, set start and end point, etc. You can also add multiple tags for a single song, and it's wise to always put them in alphabetical order. You don't need any special separator between them. 
Apple Music needs content to distinguish itself from long-standing competitors like Spotify, so Apple signed some of the biggest names in popular music to exclusivity deals on new albums. So far, Apple Music boasts albums from Drake, Taylor Swift, Britney Spears, Frank Ocean, Future and more. If you are fan of these artists, Apple Music is fatally attractive. There’s also the exclusive video content that Spotify doesn’t offer. You can browse and play tons of music-related documentaries and behind-the-scenes films on musicians, producers. and other more. 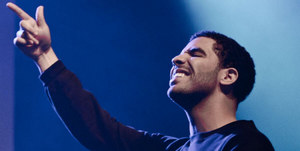 With exclusive contents, Apple Music would be widely anticipated to grab another big chunk of paying users. It's also big enough to be able to chase up and offer exclusive albums, such as Drake's Views album, Britney Spears's Glory, and Taylor Swift's 1989, etc. Here we rounded up 6 of the most noteworthy Apple Music exclusives.


Apple Music is also about radio. Apple Music offers subscribers several radio stations which features curated music stations tuned to your listening habits, including Beats 1 live station which offers round the clock playlists and live DJs. You can also create automated, personalized stations based on the kind of music you like. The radio is a great way to discover new music from Apple Music, and you can not find the equivalent from Spotify. 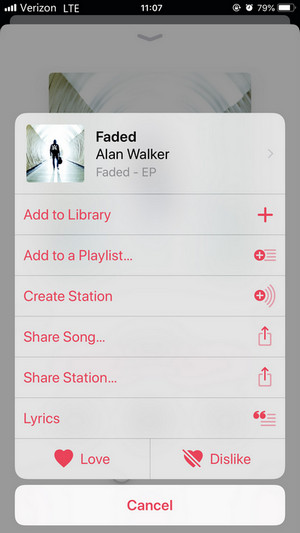 Although we can freely enjoy our favorite music after subscribed to Apple Music, once the subscription expired, the downloads for offline listening will no longer exist. Now, there is still a way to save your favorite Apple Music songs forever on computer. Here we will share you a way on how to remove DRM protection from Apple Music songs and save them on your computer with Sidify Apple Music Converter.

>> Learn more about how to Save Apple Music to Computer Forever >>

How to Burn Apple Music to CD

How to Get Apple Music's Student Discount