Here we made a side by side comparisons between Apple Music and Pandora. After a detailed review of them, you will make the right choice! 
Side by Side Comparisons between Pandora and Apple Music


Pandora provides a simple and whole purple interface. "Now Playing" tab displays what you’re currently playing, including thumbs up and thumbs down buttons, and the album art in the center of the main interface, with additional backstage which gives users access to the artist’s lyrics, tour dates, bios, and more. It claimed that the improved "Navigation" feature makes things easier when users create and organize stations, look at their favorite tracks, and use playback controls. However, many users think that the UI on the desktop version "makes things too complicated and there are simply too much for the purpose of aesthetics". The Apple Music interface is mainly designed in a grey and simple layout of the main features. The tabs along the above (bottom on the mobile app) offer pretty straightforward navigation: Library, For You, Browse and Radio. For You is a selection of curated playlists, albums, artists tailored from your listening preference and the music/album you recently played. The desktop iTunes looks pretty simple, and the mobile app is more charm. Both Pandora and Apple Music have made a clear and charm interface, there is no absolute answer for which one is better.

Pandora Free is an ad-supported radio service that allows users to create stations based on their favorite artists, songs, and genres.

Pandora Plus ($4.99/month or $54.89/year) gives users the ability to replay tracks, listen to 4 radio stations offline, and the benefit to enjoy the higher audio quality and a longer timeout period.

Pandora Premium ($9.99/month or $109.89/year with a 60-day free trial) covers all the benefits of Pandora Plus, and the ability to search and play songs on-demand. With Pandora Premium, users can create full customizable playlists, access as much of their music collection offline, and enjoy higher quality audio and longer timeouts than Pandora Plus subscribers.


Apple Music is $9.98/month for induvial, and $14.98/month for family sharing plan (up to 6 members with the same billing address), or $4.99/month for Apple Music Student plan. Students can get Apple Music at a discounted price for a maximum of 48 months, or four years.


If you are still confused to choose your subscription among various services, you can try Apple Music for a 3-month free to experience the full feature of it. If you are not happy with it, you can cancel the subscription at any time before your trial period ends.

Extra Tips: How to Receive Student Discount for Apple Muisc

Since May of 2016, Apple Music has offered students at accredited universities to access the millions of music tracks, and the swathe of exclusives Apple has managed to sign, for only $4.99 per month (50% off) for a total of 4 years. It's really easy to set up, and students in 32 countries can now save some money when listening to their favorite artists. How to get Apple Music Student discount?


Apple Music has over 90 million songs in its catalog. One of the highlights of Apple Music is, the integration of the iTunes library, you can stream all songs gathered from whether previously purchased via the iTunes Store, ripped from a physical CD, or uploaded to iTunes. All of them will appear in your Apple Music library, which makes its library more flexible. Pandora offers on-demand access to more than 40 million songs and millions of curated and auto-generated radio stations that offer variations on a theme.

If you have no idea about which one you should pay for, take a massive search on both platforms and see which one fulfills your needs. If you are a massive fan of some internationally famous singers like Drake or Taylor Swift, Apple Music will be your right choice. 
As for the sound quality offered by the mainstream music services, Apple Music is streamed at 256kbps in AAC and for Pandora, its audio quality might be the lowest available among the major streaming music service, even the Premium subscribers' stream music at only 192Kbps in AAC format.


If you are a professional artist or musician, quality streamed by Pandora might not be acceptable for the high-demand streaming experience or commercial use. 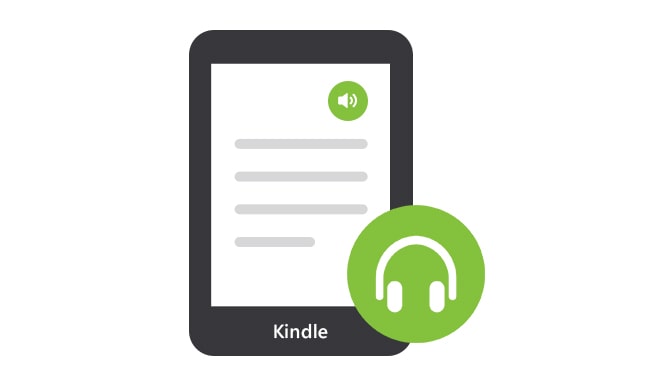 How to Listen to Audiobook on Kindle

Amazon’s Kindle is a portable device that is exclusively designed for eBook reading. But did you know that the audio files like mp3 can be imported and played on recently released Kindle devices? Kindle is not a good tool for music streaming, but it could be a great platform to listen to the audiobooks, and the first thing is, you must convert the audiobooks to mp3 format before you can move them to Kindle. How to Set a Sleep Timer on iOS and Android?

Listening to music while being in bed is one of the most common ways of relaxations for the majority of the people. It helps us rest and fall asleep easily, so we get our headphone and play our favorite beats to unwind or relax. But we probably don’t like the idea of dozing off and leaving it playing the whole night. If so, perhaps you’d like the idea of a music sleep timer.

6. Conclusion: Pandora or Apple Music, Which is your choice?


In the end, the advantage of Apple Music is, it organizes the songs, albums, artists, and playlists very accurately. If you are a fan of Apple products, particularly the HomePod and Apple Watch, subscribing to Apple Music will make your life more fantastic. Pandora's "Music Genome Project" is a trump card to give better recommendations. If you are tired of discovering new music and do not know what to listen to, Pandora will give you more suggestions.

Sidify Apple Music Converter can help you download the tracks as mp3 files and keep them forever. It converts Apple Music tracks to the plain format like mp3, which you can move the music files to any device or apps you would like to stream them.

Deezer vs Spotify: Side by Side Comparison

Tidal and Spotify Side by Side Comparison