Maybe you always listen to Apple Music songs on iPhone, or desktop, and it’s easy to sync you Apple Music to other iOS devices like iPad with the same Apple ID. But is there any way to transfer the songs you download from Apple Music to iPad directly, so that you can enjoy Apple Music songs offline without internet connection or keep them alive after you cancel the subscription? 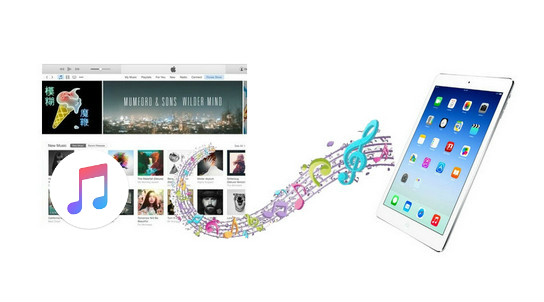 Why You Can't Transfer Apple Music Songs to iPad Directly

All streaming service has their own way of operating, such as the copyright protected music sources, subscription-based model etc, and there is no exception for Apple Music. If you are subscriber, you will find that the songs you download from Apple Music are copyrighted and can’t be copied or transferred among devices. It is clearly noted that the files are protected audio and can only be used during the membership validity period. So you can't transfer the download Apple Music songs to devices like iPad directly.

How Can I Transfer Apple Music Songs from Computer to iPad?

You can with use the same Apple ID to sync your Apple Music account on iPad, and download songs to iPad for offline listening. But if you want to transfer the downloaded music directly, you firstly need to make them personal without protection. Here Sidify Apple Music Converter is highly recommended by many trusted users, with which all files you downloaded from Apple Music can be easily converted into plain formats like MP3, AAC, WAV, FLAC or AIFF, thus you can copy or transfer them to iPad or other devices without any limitation. More importantly, you will never worry about their expiration.

How to Download and Save Apple Music to PC

Here we will take Windows as an example to show how to download Apple Music to audio formats like MP3, AAC, WAV, FLAC, AIFF or ALAC, and transfer the downloaded Apple Music songs to iPad.

Part 1: How to Download Apple Music Tracks as Editable MP3


Here will take the Windows version as example to show how to download Apple Music tracks as MP3 file and add it as PowerPoint background music.

After adding the music files, you can click the Settings icon at the upper right of Sidify to choose output format like MP3, AAC, WAV, FLAC, AIFF or ALAC. If you like, you can set the output audio quality to the highest 320 kbps.

After setting the parameters, you can click the Convert button to start conversion. The converted Apple Music files can be checked by clickinig the Converted tab.

Part 2: How to Transfer the Converted Apple Music Tracks to iPad After Syncios detecting iPad, click Media tab and click Music on the right panel. Then press Import button to select the converted Apple Music songs you want to transfer to iPad and Click Open to start the transferring. And now you can keep the Apple Music songs on iPad as your own, or you can enjoy and edit them without limitation. Note: The free trial of Sidify Apple Music Converter is limited to converting the first 3 minutes of each audio file. You need to purchase a license to unlock the time limitation.