How to Play Spotify Music on Dopamine


Dopamine is an audio player which tries to make organizing and listening to music as simple and pretty as possible. It can play wav, mp3, ogg vorbis, flac, wma, ape, opus and m4a/aac.


What does “Dopamine” mean? “Dopamine” is a chemical in your body which transmits signals in the parts of your brain that are related to rewards, motivation and pleasure. Whenever you perform some activity that makes you feel good, that’s Dopamine being released in some parts of your brain. When you listen to music you enjoy and it makes you feel good: that’s Dopamine! Dopamine is a practical local music player software. It has a very simple and beautiful interface. It also supports freely adjusting the interface style of the player to give users the most personalized experience. In terms of function, dopamine is also very good. It supports many common audio formats and can display a variety of information, such as albums and artists, while playing music. This is a very good music player.


As one of the popular music streaming services, Spotify won't let you stream music to some devices and players without Spotify app. And when you canceled the paid subscription, you will be limited to play Spotify songs offline. So how can you play Spotify Music on Dopamine? Here we would recommend you a professional tool for you.


How to Achieve the Goal: Playing Spotify Music on Dopamine?

Sidify Music Converter for Spotify ( For Windows | For Mac ) is the best Spotify music converters to convert Spotify song, playlist and podcast to plain MP3, AAC, FLAC or WAV format with the best audio quality. This product is a good design for music lovers. The best part is that the conversion is entirely lossless. You can easily drag & drop a Spotify music or playlist from Spotify to Sidify for importing and downloading. Besides, Sidify Music Converter can preserve Artwork and all metadata after conversion. After converting Spotify music to plain audio format, you can play Spotify music on multiple devices as you want, such as Dopamine.


Tutorial: How to Play Spotify Music on Dopamine?

Before you can start downloading music, you'll need to install the Sidify Music Converter for Spotify on your computer. Also, make sure your Spotify is well-installed.

Launch Sidify program, your Spotify will be launched automatically. Then click

icon, a new adding-window will pop up to let you paste the URL of Spotify music. Or you can directly drag & drop the music or playlist from Spotify to Sidify Music Converter.

Press "Convert" button to start converting Spotify music or playlists to plain format. The conversion process will complete soon and you can click on "Converted" button to find the well-converted Spotify music.

Click the “Settings” button above and create a folder to put the music you need to play in dopamine. 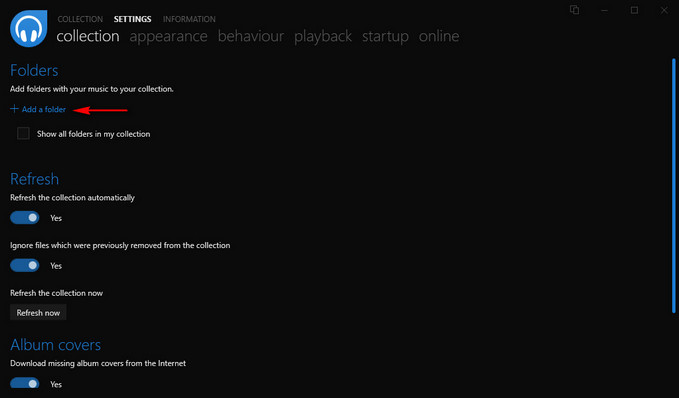 Create a folder named Dopamine. The created file will be displayed in the location shown. You can directly drag & drop the converted music to the folder you created in the second step. Now you can see the music are in Dopamine and you can listen to them through this player. Note : The trial version of Sidify Music Converter for Spotify enables us to convert 3-minute for each audio file, you can unlock the time limitation by purchasing the full version.

How to Play Spotify Music on Amazon Echo