Media Monkey is a music manager and player in one. It catalogues all your CDs and audio files and gives you a multitude of options or manage and organize your collection. If you're serious about music, you'll love Media Monkey. But it lacks the features to play the streamed Spotify Music. If you experience such problem, fret not as we are going to show you how to easily stream Spotify Music on Media Monkey in just a few steps. Read on to know more. 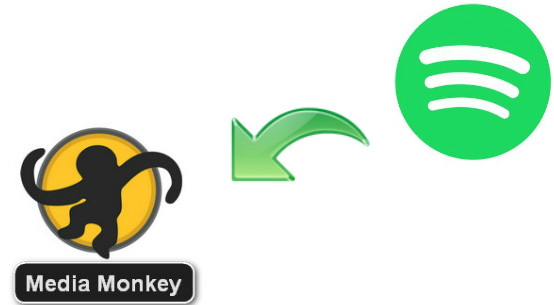 
Media Monkey provides a powerful volume adjustment for the player, for example, allowing you to set the target volume level. In addition, the Media Monkey player also has a nice feature, it supports sleep mode, you can set the music to play for a period of time and the volume gradually becomes smaller, and automatically turn off the computer after the play is finished, this is good to listen to a piece of music before going to bed. Method.


Spotify songs are streamed to prevent Spotify members from streaming music to some devices and players without Spotify app. And when you cancel your Spotify subscription, you will not be able to play Spotify music offline, and play Spotify music with ads. So how can you stream Spotify Music on Media Monkey? Here we would recommend you a professional tool for you.

How to Achieve the Goal: Streaming Spotify Music on Media Monkey?

Before start, you will need to download and install Sidify Music Converter on your PC, then run Sidify after the installed completed.

To add songs from Spotify, you can click on "

" button on the Sidify Music Converter main interface, then a smaller window will pop up. You can drag & drop a song, album, artist, playlist or podcast from Spotify to the adding-window. Note: The trial version of Sidify Music Converter enables us to convert the first 3-minute audio for sample testing, you can unlock the time limitation by purchasing the full version.

How to Export Spotify Playlist to Excel CSV