With more than 365 billion monthly active users, Spotify is one of the most popular audio streaming platforms globally. It has a library of over 70 million songs, including music, podcasts, playlists, and videos — giving us the ability to pick and choose what we want to listen to. Spotify makes it easy for us to share music with our friends and family instantly, as well as download music for offline playing. However, when adding music from Spotify to Final Cut Pro, many people will find it is unable to do so.

"I am trying to import some OGG files with Final Cut Pro but I was greeted with an error message. I remember this is the same error I've got when I tried to import Apple Music files also. How can I fix this? Are there any limitations on importing files to Final Cut Pro? Please enlighten me.“ --A user in a forum

"Hey guys, I am trying to learn how to edit on final cut pro but I have a small problem.I want to import a music from Spotify to final cut but it is not working. Is it possible or does it work only with itunes? If yes please let me know. thanks“ --TheGodfather from reddit

When you are attempting to add Spotify downloads into an FCPX event, a prompt with an error message appears on the screen “No importable files. None of the selected files or folders can be imported” and prevents any further progression. Many people have encountered or are facing such a problem. Fortunately, there’s a simple solution. Keep reading to find out how to add Spotify OGG files to Final Cut Pro. 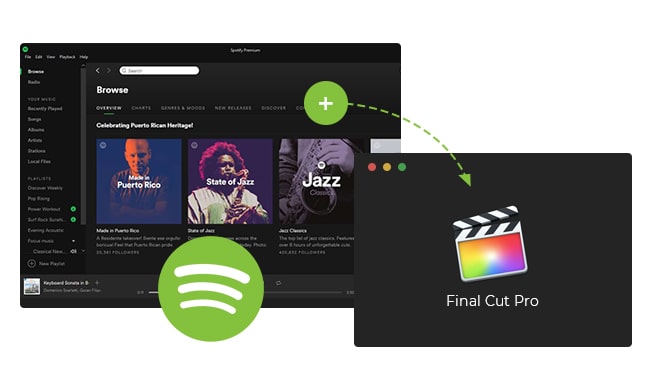 
Part 2: How to Add Music from Spotify to Final Cut Pro

In the following part, we will walk you through the easy steps to convert Spotify music to MP3 with Sidify Music Converter to your Mac computer and add them to Final Cut Pro. Before you get started, please make sure you’ve had both the Spotify app and Sidify well installed on your computer.

Open Sidify Music Converter, and the Spotify app would be launched automatically. 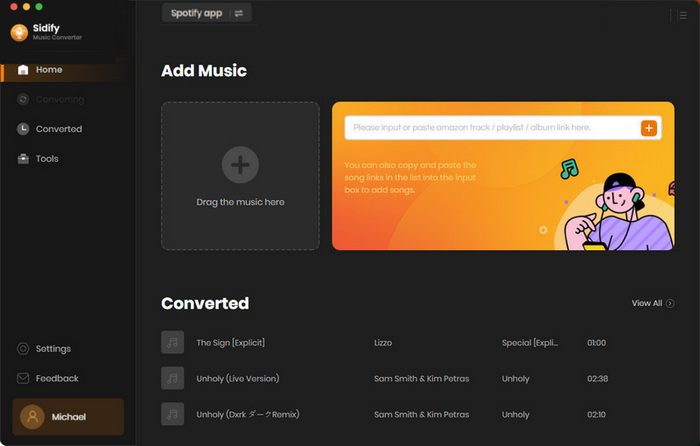 Drag & drop songs, an album or a playlist from the Spotify app to Sidify, and Sidify would read them automatically and list out the song titles. Check the songs that you'd like to use for DJ and click the OK button. 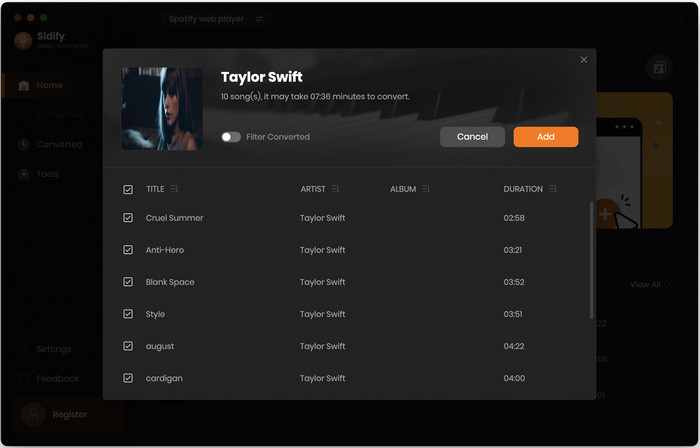 Click the Settings icon in the upper right corner. Here you can choose the output format (MP3/AAC/WAV/FLAC/AIFF/ALAC), the output audio quality (128kbps, 192kbps, 256kbps, 320kbps) and customize the output path. You can also sort out the converted files by Artist & Album if needed. 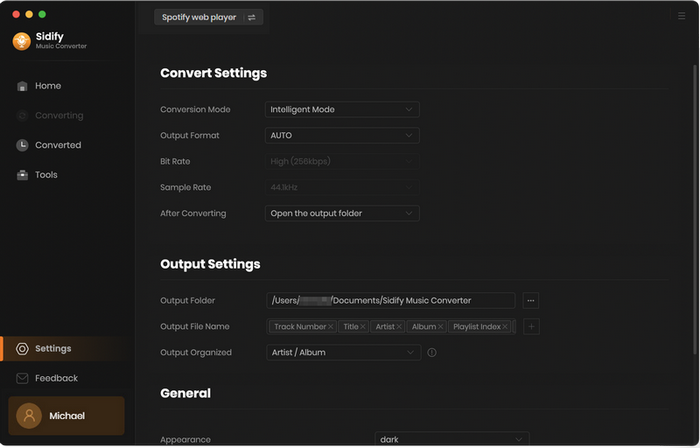 Click the "Convert" button starting downloading and converting Spotify songs to MP3 audios. Once the conversion is done, you can click the Converted tab to find the downloaded Spotify music or directly go to the output folder you customized in Step 3 to find the Spotify downloads. 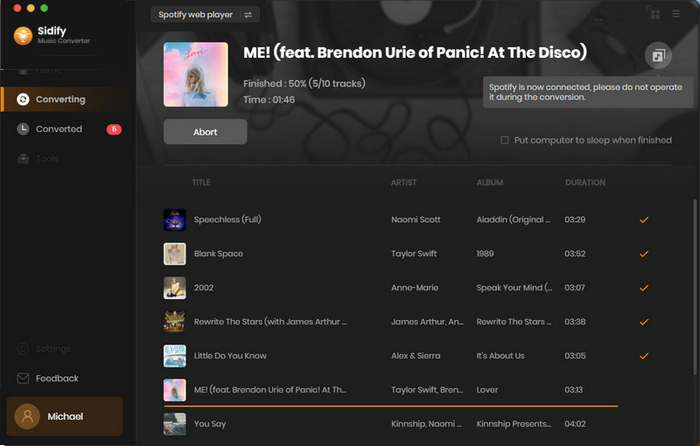 Now that you’ve got the Spotify music on your local computer, you can easily import them to your video project in Final Cut Pro.

The steps above should help you to add Spotify music to Final Cut Pro. Whether you are Spotify Pro or Free user, you can use Sidify Music Converter to download and convert music from Spotify to MP3/AAC/FLAC/WAV/AIFF/ALAC format. After that, you can get Spotify music files for importing them to Final Cut Pro or other video editors, such as iMovie, Camtasia Studio, VideoPad Video Editor and VSDC Free Video Editor, etc.

Sidify is free to try. The free trial is limited to convert the first three minutes of each audio file for sample testing. You need to purchase a license to unlock the full version. You can download the program to test whether it meets your need and then decide whether to get it or not.


Video Tutorial: How to Convert Spotify Music to MP3

How to Burn Spotify Songs to CD

How to Transfer Spotify Music to USB

How to Add Spotify Music to Premiere Pro